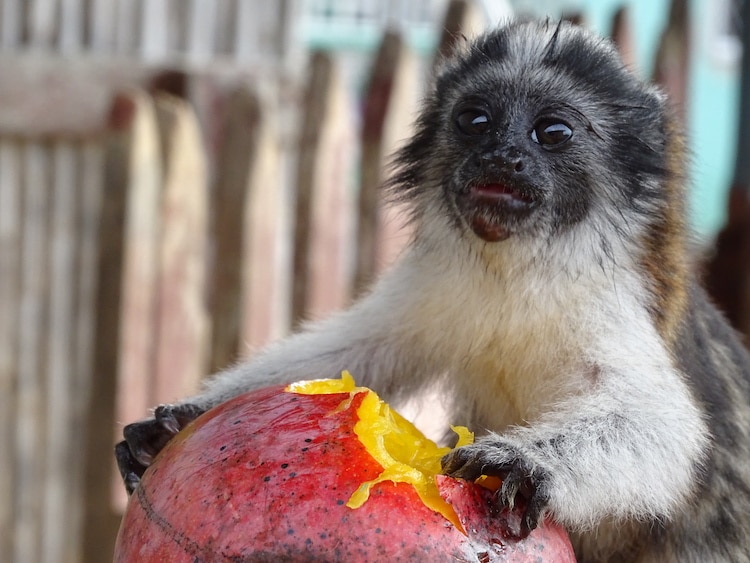 Garachine, a Remote Adventure in Darien

Visiting Garachine, in the Darien province of Panama, is for adventurers. It is not anyone who can tolerate the complicated journey and lack of amenities. But those who dare to embark on this expedition will be rewarded with a town full of friendly people.

Few tourists go to this part of Panama due to the fact that it borders the border with Colombia and is considered dangerous. Drug trafficking, Colombian guerrillas and malaria are what comes to mind for many. Luckily, the Ministry of Health has done a good job and there are no reported cases of malaria since 2005. Drug trafficking is something that continues to happen on the shores of all countries in transit from producers in South America to the United States. And the Colombian guerrillas have been controlled, but still they live in the deep Darien  not on the coast.

How to get to Garachine?

Garachine is part of the Darien of the rivers that has historically been the method of transport in the province. There are three versions of Darien: that of the rivers, that of the jungle and that of the road. To go you must drive from Panama City to Meteti, where you can learn about sustainable agriculture in Finca El Roblecito. The drive is somewhat heavy since the road is in a very bad state between Chepo and Agua Fria. Recently the road between Agua Fria and Yaviza was fixed, which is the last point before the Darien Gap.

It is essential to carry your cedula or passport if you are a foreigner, as there are several control points on the road. To go to Garachine you must leave Panama City between 12:30 to 1 a.m. Due to tidal issues (and demand), there is only one boat per day that leaves from Garachine arriving to Puerto Quimba between 5:30 a.m. to 6:30 a.m. We arrived at 4:30 a.m. and we slept in the car for a while waiting for the boat to arrive. It is not possible to make reservations, therefore it is recommended to arrive a little earlier to get space. Also, be sure to bring insect repellent, since the bugs were hungry.

A SENAFRONT (Border Service) station records the data of each passenger that embarks. For security reasons they have a record of people.

We take our things out of the car and rode the panga boat at 6:30 a.m. The first part of the tour was already familiar to me, because I had visited La Palma, capital of the province.

Reaching La Palma takes about 30 minutes, while Garachine is two hours away. However, the trip is very beautiful and time goes by without thinking.

The last town on the coast before Colombia is Jaque but it is quite far. Going by small boat from Puerto Quimba to Jaque takes about 12 hours.

We arrived in Garachine between 8:30 a.m. and 9 a.m. Our group was the only ones who were not locals, officials or professors. This town does not receive tourists. We arrived straight to the coast since the tide was full and we were able to disembark our belongings easily.

They took us to our house that was made of bamboo sticks, in a style typical of the area. The house belonged to Professor Forde (which is a variation of Ford, my mother’s last name) and had two rooms with a living room and bathroom in about 40 square meters. The whole town is powered by electricity with a huge power plant that makes a lot of noise. Luckily, we had light and a small fan that helped us a little during the hot night without a breeze.

We had a combination of hunger with sleep, but hunger won. They took us to a restaurant where we ate all the meals during our stay. The prices were super cheap, especially compared to the capital city. Without asking what we wanted, they put us a plate with hojalre (fried dough) and breaded sea bass, accompanied with a lemon. What a delicious breakfast! The lady asked us what we wanted for lunch and told us that she made the best coconut rice. The local diet consists of bananas, rice and seafood.

When we went there was no cell phone signal, but it was possible to connect to a basic Internet provided by the government. “Internet For All” is an Internet program throughout the country. Ironically to connect you had to go to church. In front of it there is a small park where there are people attached to their cell phone at all hours.

Originally the indigenous Cuevas lived in the province of Darien. When the Spanish conquerors arrived they were responsible for exterminating them. Other new tribes such as indigenous Embera, who are warriors, also contributed to the end of the Cuevas. The original name of the town was “Chochama” which was ruled by the Canachine chief between 1500 and 1510. Errors in pronunciation throughout the ages caused it to begin being known as Garachine. In 1803, when the country was managed by Spain, Don Francisco de Ayala assumed the governorship of Darien. He baptized the town with the name “Las Mercedes de Garchine”.

It is estimated that between 1,800 to 2,000 people live in this place that is part of the district of Chepigana. Nearby is another town called Sambu where mainly the indigenous Embera reside. They just made a 22.4 kilometer road between Garachine and Sambu. Although many people still travel by boat on the Sambu River. Historically there were many flights in the province and until a few years ago you could fly with Air Panama. But flights to both towns were canceled, so you must go by land and water.

Garachine is on the shores of the Pacific Ocean in the Gulf of San Miguel. The most important rivers in the area, including the San Antonio, Taimati, Sambu, San Miguel and Santa Barbara rivers flow into this place.

The bay was full of mangroves, but they were cut down to build the houses. They also extracted stone and sand from the coast. Garachine is having problems with climate change and rising water levels. Locals told us that a few years ago they had to move the church and houses because of floods. They continue with the same problems, even with the relocation, and it may be that this town is washed by the sea.

What to do in Garachine?

We went to Garachiné to see the dances of the diablos espejo (mirror devils). My friend, the photographer Luis Carlos Garcia was filming a documentary called “Dance with Devils.” This tradition comes from the days of the colony and is still celebrated for Corpus Christi.

I was followed by children wherever I went in Garachine. They filled the town with life and were happy when someone paid attention to them. I ended up in the store buying drinks and snacks for them several times.

The children had a titi monkey as a pet that is quite common in indigenous communities. I started playing with the monkey giving him a mango to eat it. In Garachine you will find a mix between Afro-Panamanians and indigenous Embera.

Since they started wearing clothes, Embera women wear colorful skirts called “paruma”. I told Professor Ladys Centella, who was accompanying us, what I wanted to buy one. She took me to the back of the town, to a cement block house where a girl showed me the fabrics, for me to choose the one I liked best.

The town is divided by a river that crosses through a suspension bridge. It is possible to bathe in this and other rivers. They also have horses for those who want to ride.

Cerro Sapo is located at the rear of the town about 16 kilometers from the coast. It reaches a height of 1145 meters at its top. You can hire local Embera guides to help you climb this hill. If you go in winter between May and November you find a lot of mud and humidity. The route is up the San Antonio river that is shallow and has a lot of gravel. This road is quite inhospitable, since it is in the jungle and there are poisonous snakes. Hiking is suitable for people with experience and it is possible to do it in one day.

You can also cross to the other side of Cerro Sapo and go to Playa Muerto. You can reach this place by boat, but you have to be careful with the tides. This town was developed by Embera families that maintain their traditions. It is recommended to spend at least one night with them.

Leaving Garachine was the most complicated part of the trip. I carried a suitcase with sheets and towels as they told me there was nothing in the house. The boat leaves from Garachiné towards Puerto Quimba, so you must be on the beach at 4:30 a.m. You must reserve and pay for your space the day before at a house that also sells seafood. The teacher picked us up at 4 a.m. for us to get ready.

We walked about 5 minutes from the house to the coast thinking we were going to ride the boat and that was it. But this was not the case. To our surprise, the tide was low and since the town has no port, we had to walk to the boat in the dark. She recommended that I wear sneakers (it would have been better to have boots) since I had to walk almost 10 minutes in silt with water and sharp stones.

Upon reaching the shore, the teacher stares at the horizon and sees a flashing light, saying “there is our boat.” Two companions carried my suitcase and I helped them with their belongings. One of the boys did not follow the teacher and got into a pool that reached his waist. We had to help him by removing what he was carrying so he could get out.

By the time we arrived at the ship we were tired and in a bad mood. So ready to start our return journey. Then we looked at the sky, which was completely full of stars as there was no light pollution. Shortly after it dawns and the birds begin to fly. Fatigue disappeared completely while we passed through beautiful landscapes that few have seen. We arrived in Puerto Quimba ending our adventure in Garachine. 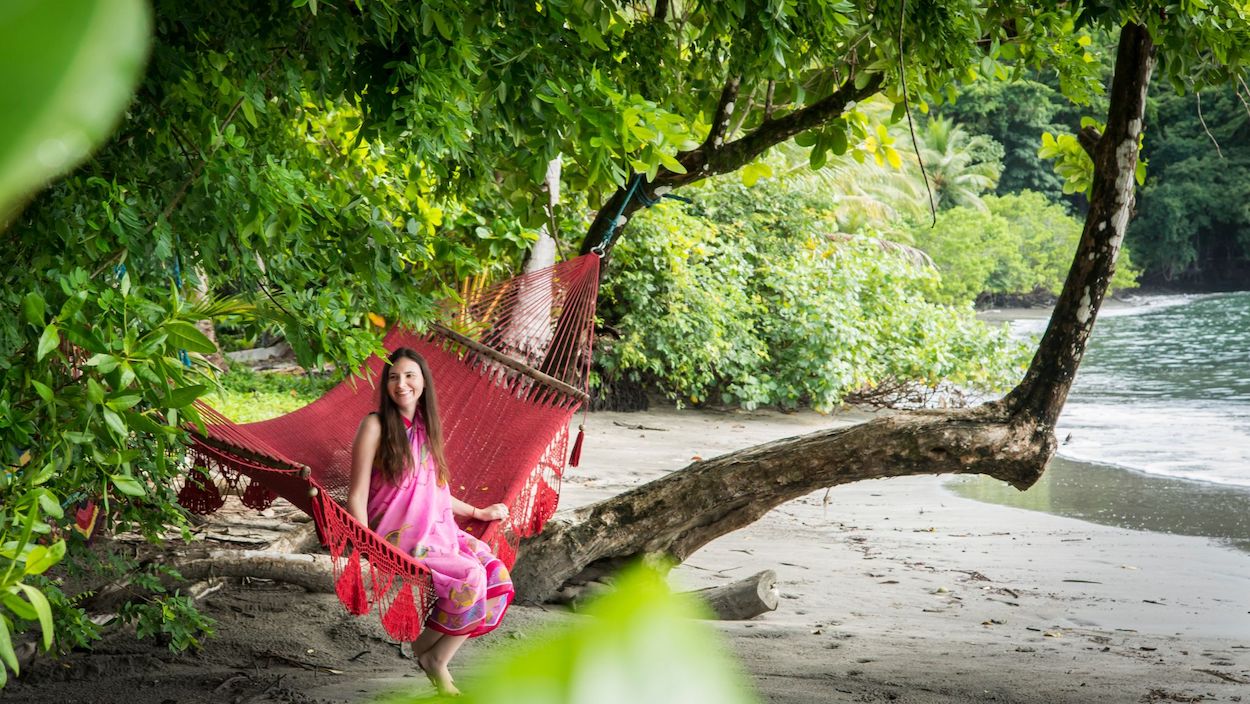 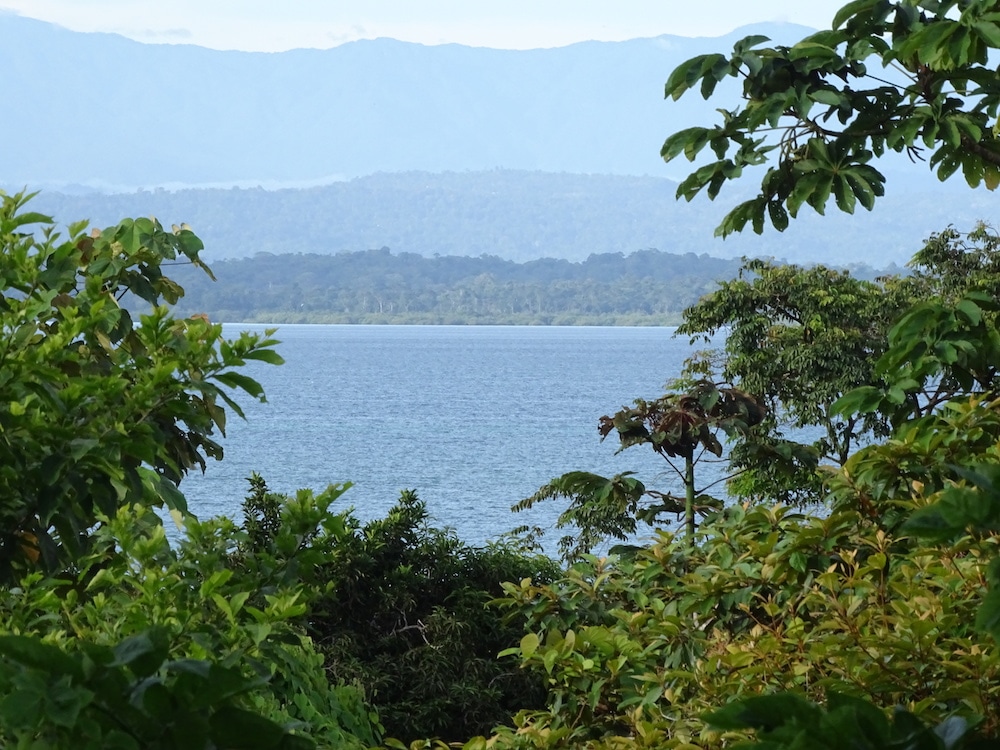