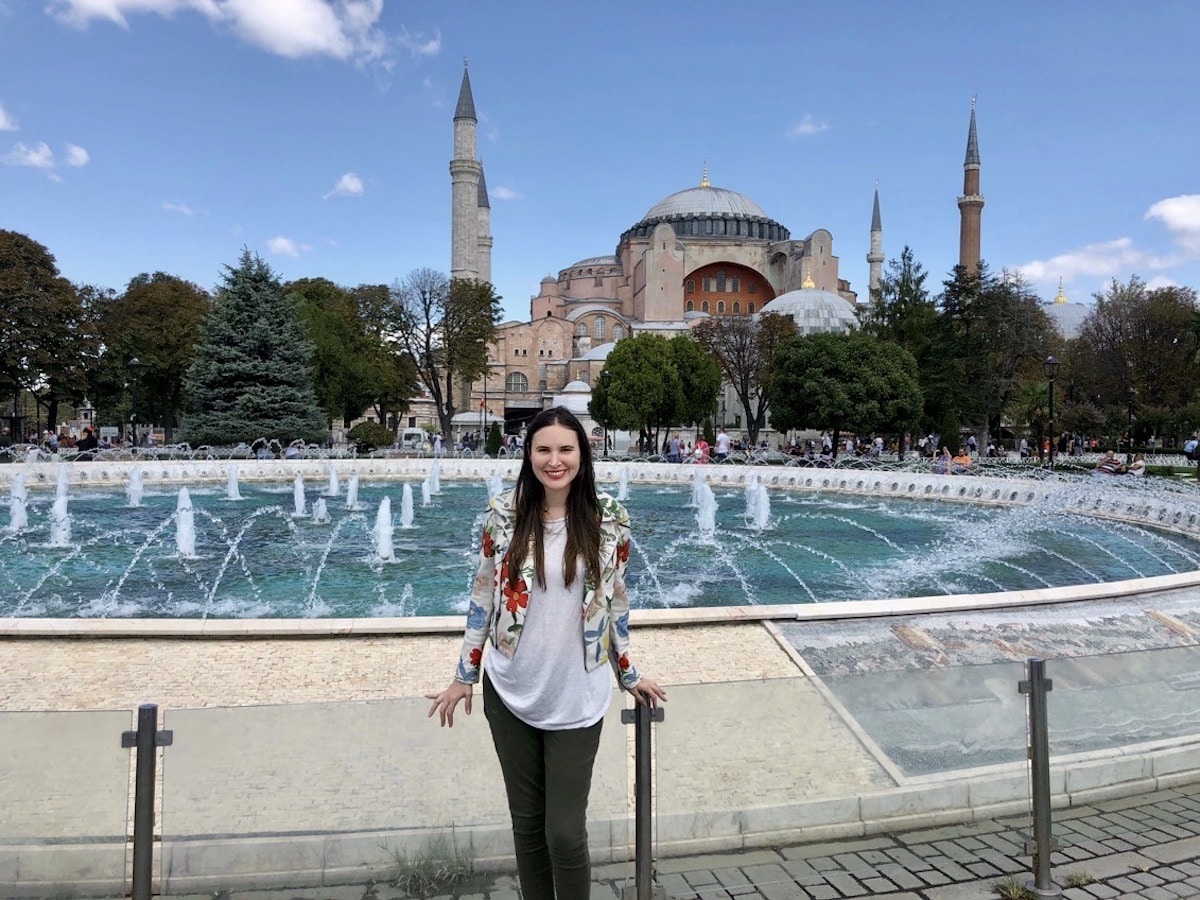 Hagia Sophia, the most emblematic building in Istanbul

I have been to Istanbul twice and on both occasions I have visited Hagia Sophia. This building is impressive and is known as the eighth wonder of the world. Its construction took only five years using a large workforce of almost 11,000 people. For a thousand years it was the largest Christian church in the world until the Cathedral of Seville was completed in 1520. At the beginning of the Middle Ages it was also the largest building in the world and is said to have changed the history of architecture.

Hagia Sophia is located in Sultanahmet Square very close to the Basilica Cistern and the Blue Mosque. The square links both religious sites with a huge fountain. It is a good place to sit and hang out and see people. You can easily get there from any hotel in Estambul, especially if you stay in the European side.

In 2015, when tourism in Turkey was at its peak, Hagia Sophia was visited by 3.3 million people and was the most visited tourist attraction in the whole country. The schedule to visit varies according to the season. It is recommended to buy the ticket in advance if you do not go with a tour.

The Church of Hagia Sophia

What is currently seen is the third structure built on the same site. The first church, called the ‘Great Church’ was inaugurated on February 15, 360 AD. in the kingdom of Constantine II. Its dimensions were greater than any church of the era and was built next to the imperial palace. Together with Hagia Eirene, they served as the main churches of the Byzantine Empire. This church, built of wood, was burned during riots in 404. Nothing remained of the first church.

The second church was inaugurated by Theodosius II on October 10, 415. The violent riots of Nika against Emperor Justinian I in 532 caused a huge fire. As a result, half of the city burned down, including the church, and thousands of people died. In 1935 they found remains of marble blocks buried in the patio which can be seen in your visit.

The Emperor Justinian I decided to build a third basilica even bigger. This Greek Orthodox church would surpass Solomon’s temple in Jerusalem. Columns and marble were brought from all the empire. He also ordered that eight Corinthian columns of Baalbek, Lebanon, were sent to Constantinople about 560. Over the years, the church of Hagia Sophia suffered damage from earthquakes and fires, which were always fixed. The interior of the church changed depending on who was in power.

During the Fourth Crusade, the church was ransacked and desecrated by the Crusaders. That is why many of its original relics can now be found in the Basilica of San Marcos in Venice. It became a Catholic church that served the Pope. This occupation occurred from 1204 to 1261 when the city was reconquered by the Byzantines. They had to make an effort to fix it again.

In 1453, Constantinople was conquered by the Ottoman Empire under Mehmed the Conqueror. The custom was to let the soldiers have three full days to plunder the city. Everything that was left after was for him. The soldiers believed that Hagia Sophia contained most of the treasures of the city, so they focused their attention on the building. But inside were all those who could not defend the city, including women, the elderly and children. The women were raped, the children sold into slavery and the old people killed while destroying the church.

The first order of Sultan Mehmed II was to convert the main church of Orthodox Christianity into a mosque. He did it so fast that the next Friday he was already saying his prayers in this place. They destroyed the bells, altars and relics, as well as the mosaics. Those that were saved were covered with plaster.

Islamic characteristics were added, such as the mihrab (a niche in the wall that indicates the direction towards Mecca, for prayer), minbar (pulpit) and four minarets. Hagia Sophia became the first mosque in Istanbul.

Over the years, the different sultans gave maintenance and renovated the building. In addition, it was used as a model for many others, including the Sultan Ahmet Mosque, the Suleymaniye Mosque and the Rustem Pasha Mosque.

In 1931 the Republic of Turkey was formed and the mosque was closed by order of the first President, Mustafa Kemal Atatürk. Hagia Sophia would now be a museum open to all public. The carpets were removed and the marble decorations on the floors were seen again after five centuries. The plaster that covered the mosaics was removed. But the building was very deteriorated; the roof had broken and water was pouring in on the mosaics and paintings. The humidity level also increased, creating an unstable environment for painting and stone.

In 1996, the World Monuments Fund put Hagia Sophia on the list of monuments in danger. They helped them raise funds and repairs began in 1997 and continue to this day.

By constitution, Turkey is a secular country, but the current president Erdoğan, who is trying to erase Atatürk’s legacy, said in March 2019 that it was a mistake to turn the place into a museum. He plans to turn it back into a mosque, but since it is a UNESCO World Heritage site, this action would need approval from its committee. In July of 2020, he confirmed this decision without approval from UNESCO. However, he clarified that “Like all our mosques, the doors of Hagia Sophia will be wide open to locals and foreigners, Muslims and non-Muslims.”