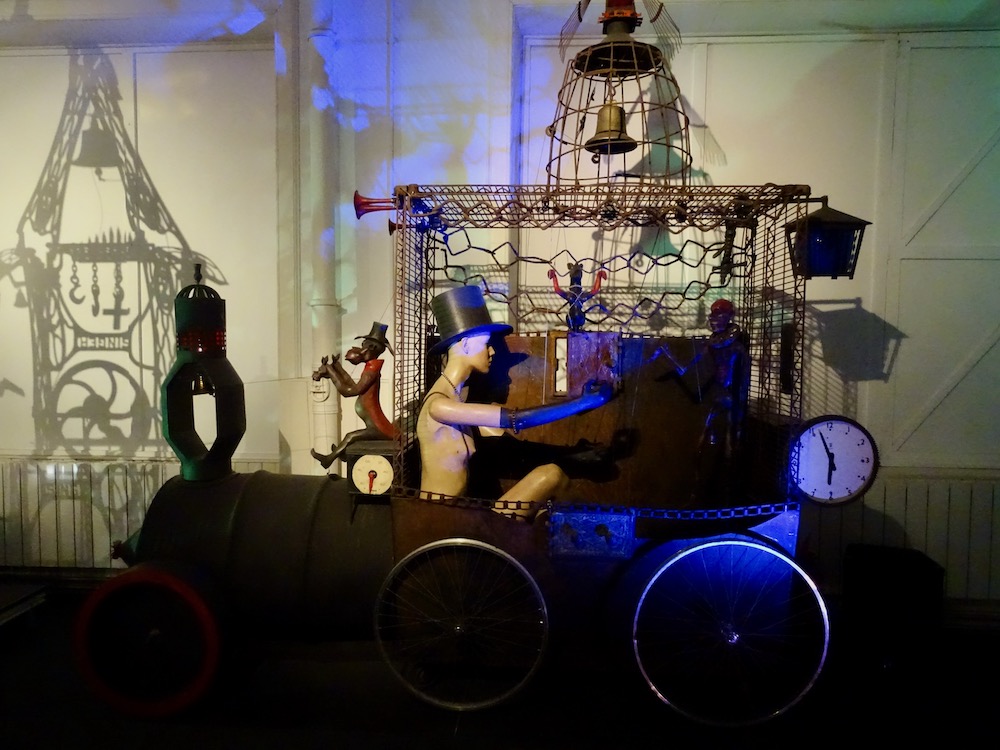 I spent my first night in Glasgow alone, as my friends arrived the next day. I took the train from London and walked with my bags from the station to my Airbnb which was conveniently located in Merchant City. On the way I saw the Gallery of Modern Art (GoMA) and decided to visit it. But it was quite small, so I was done in 20 minutes. I started looking for things to do in Glasgow and found Sharmanka Kinetic Gallery.

You will notice that everything closes early in Europe when it is not tourist season. I had this problem since I went in November and it was quite difficult to find things to do between 4 and 8 p.m. Sharmanka Kinetic Gallery has two shows on Thursday: “Promenade” at 5:30 p.m. and “Wheels of Life” at 7 p.m. I opted for the show at 5:30 p.m. since it was shorter. And the truth is that it sounded somewhat eccentric, so I thought it could be fabulous or horrible. Therefore, I did not want to take the risk.

The main difference between both shows are the works that you are going to see. Promanade shows more current works, mostly made by the artist since he moved to Scotland. This show is more suitable for children. Wheels of Life focuses more on the original works made in St. Petersburg, Russia, between 1974 and 1989. It is recommended for adults, as it is darker.

I read on the website that it is recommended to buy tickets in advance, since the capacity of the place is limited. I did not, taking the chance since it was low season. It was difficult to find the place, since it is on the second floor of a building that has an art gallery at the bottom. Google Maps sent me down an alley that was supposedly dangerous. The neighboring stores did not know the place. After 10 minutes circling I entered the building and saw that there was a sign that said Sharmanka Kinetic Gallery. I bought my ticket and took some pictures before the show started.

The only rule of Sharmanka Kinetic Gallery is that you cannot take photos or videos when the pieces are in movement. We all sat on benches until Promanade started. The pieces woke up one by one, without knowing which one followed. You will spend about a minute and a half watching each piece in motion. When it’s over you have to move on to the next one. They have chairs that you can move through the space or you can stand the whole time.

Promanade pieces are mainly made of metal with a couple of pieces of wood. My favorite piece was “Time of Rats” which has a mole that represents Russia: very strong but blind animal, controlled by intelligent rats having fun on its back. This piece was made in 1991.

“Master and Margarita” was another one that I liked. It starts quite bleak until the music changes and the lights come on. It is based on the novel by Michael Bulgakov that tells the story of when the Devil visited Moscow in the 1930s dressed as a circus artist. He asks Margarita to be his queen at his equinox gala in exchange for releasing her lover who was arrested for writing a novel about Pontius Pilate and Yeshua Ha-Nozri (Jesus of Nazareth).

Sharmanka means “hurdy-gurdy” in Russian which is a barrel organ. On the reception of the gallery you can see the first dolls with barrel organs that Eduard Bersudsky made. You will see many works with a barrel organ including “Self Portrait” that uses a traditional Russian song where a lover regrets having left his beloved and his homeland.

The artist Eduard Bersudsky was born in Leningrad (then St. Petersburg) in 1939. His father died in 1941 at the beginning of the war with Germany. His mother escaped the siege with both children and then returned in 1944. He grew up in a miserable post-war environment during Soviet communism. In 1963 he began taking sculpture and painting classes while working as a blacksmith in a military factory. Luckily, he had his own apartment that he divided to create a studio. His space began to be filled with wooden works and electromechanical objects. Some that he did in 1967, such as the “Organ Grinder” and the “Circle of Life” can be seen in Sharmanka Kinetic Gallery.

In 1965 he met Boris Borobiov who was famous for his images of animals carved in wood and porcelain. He became Eduard’s mentor. With the creative style he had, it was obvious that he was not going to enter the official art system that celebrated socialism and communism. Between 1974 and 1980 he participated in exhibitions of “non-conformist art” which avoided the control of Soviet ideology. In 1972 he accepted a job with the City Parks Department. This allowed him to have access to large pieces of wood. He carved dozens of human-sized animals, but since they were not preserved they perished at the mercy of the weather.

By the end of the 1980s he had created many kinetic sculptures. In 1987, a friend had the idea of creating a kinetic theater and introduced him to Tatyana Jakovskaya. She suggested doing cinematics with mechanical movement combined with music, lights and shadows. At first, three clowns accompanied the audience at the show. Sharmanka opened on December 30, 1989 in an old kindergarten in St. Petersburg.

They decided to leave Russia three years after opening. The economy had collapsed and the authorities had stopped supporting the arts. Eduard and Tatyana had married and decided to move to Glasgow in 1993. In 1996, Sharmanka Kinetic Gallery opened on King Street. Sergey, the son of Tatyana, 13, joined the team as a light and sound designer.

In 1999 he received the Millennium Festival Scholarship to build “The Millennium Clock” in the Royal Museum of Edinburgh. He made “The Flight” for the Bloomfield Science Museum, Jerusalem, “St.Mungo-at-the-Tron” in Glasgow and “the Artist’s World” for the Storm P. Museum, Copenhagen. His pieces have been exhibited in museums in Granada, Jerusalem, Switzerland, Copenhagen, Tel Aviv, Utrecht, Manchester and London. In 2005 Eduard Bersudsky won the “Creative Scotland Award”.

If you visit Glasgow do not miss the Sharmanka Kinetic Gallery to see these representations of the human spirit. It is impressive to see how many carved wooden figures move, combined with metal pieces that could be scrap metal. The pieces can be a little macabre, but jovial at the same time. 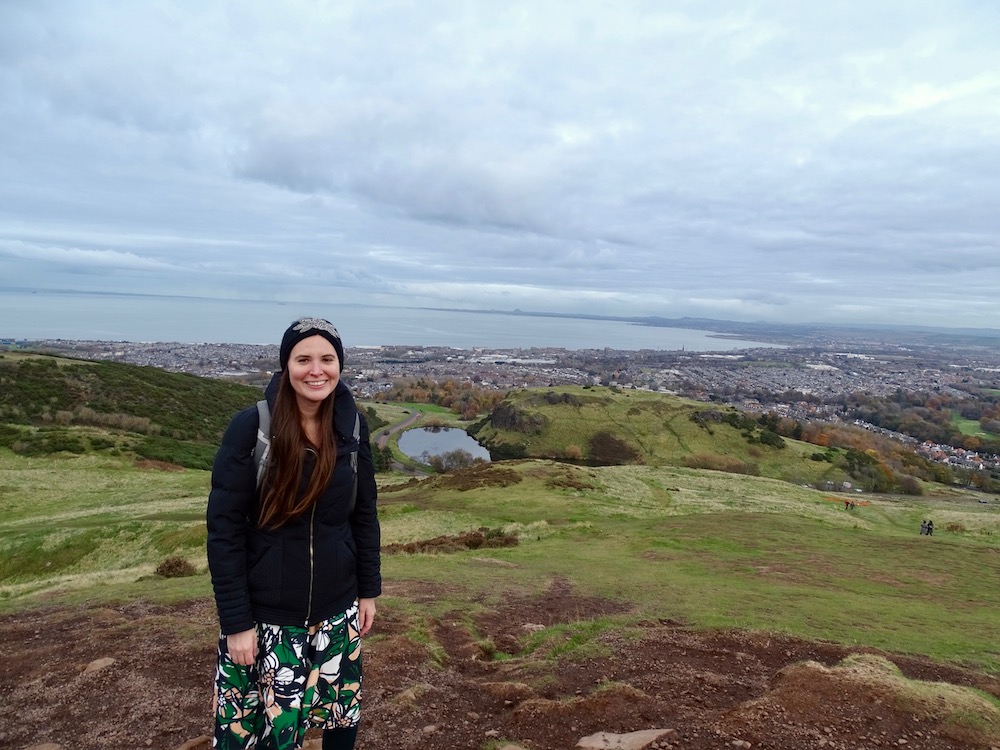 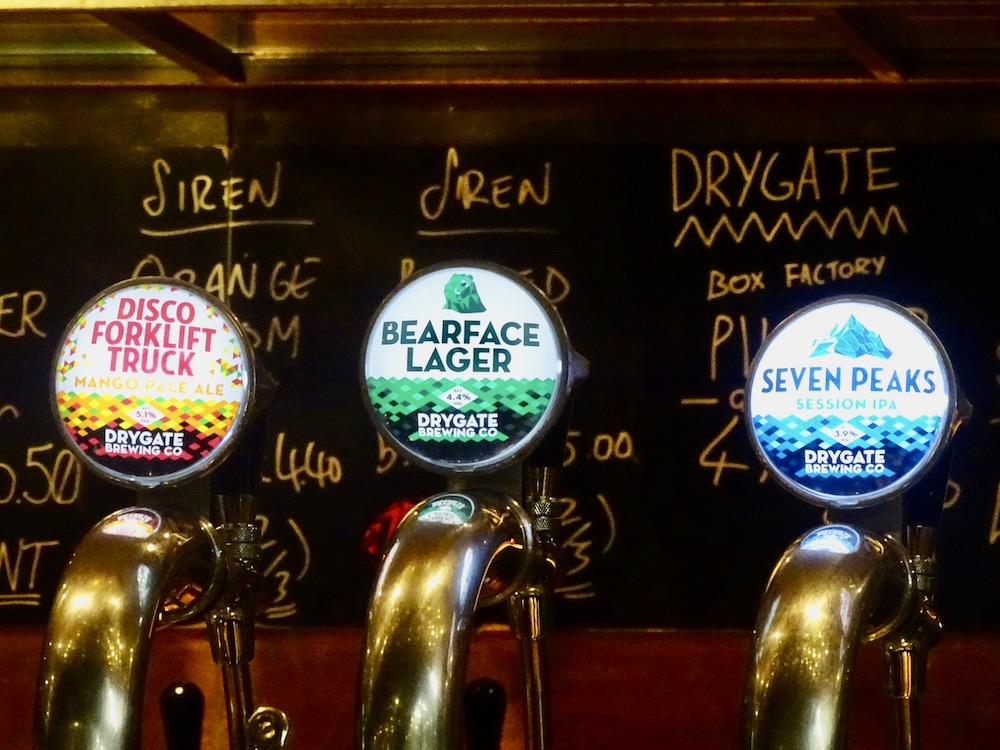