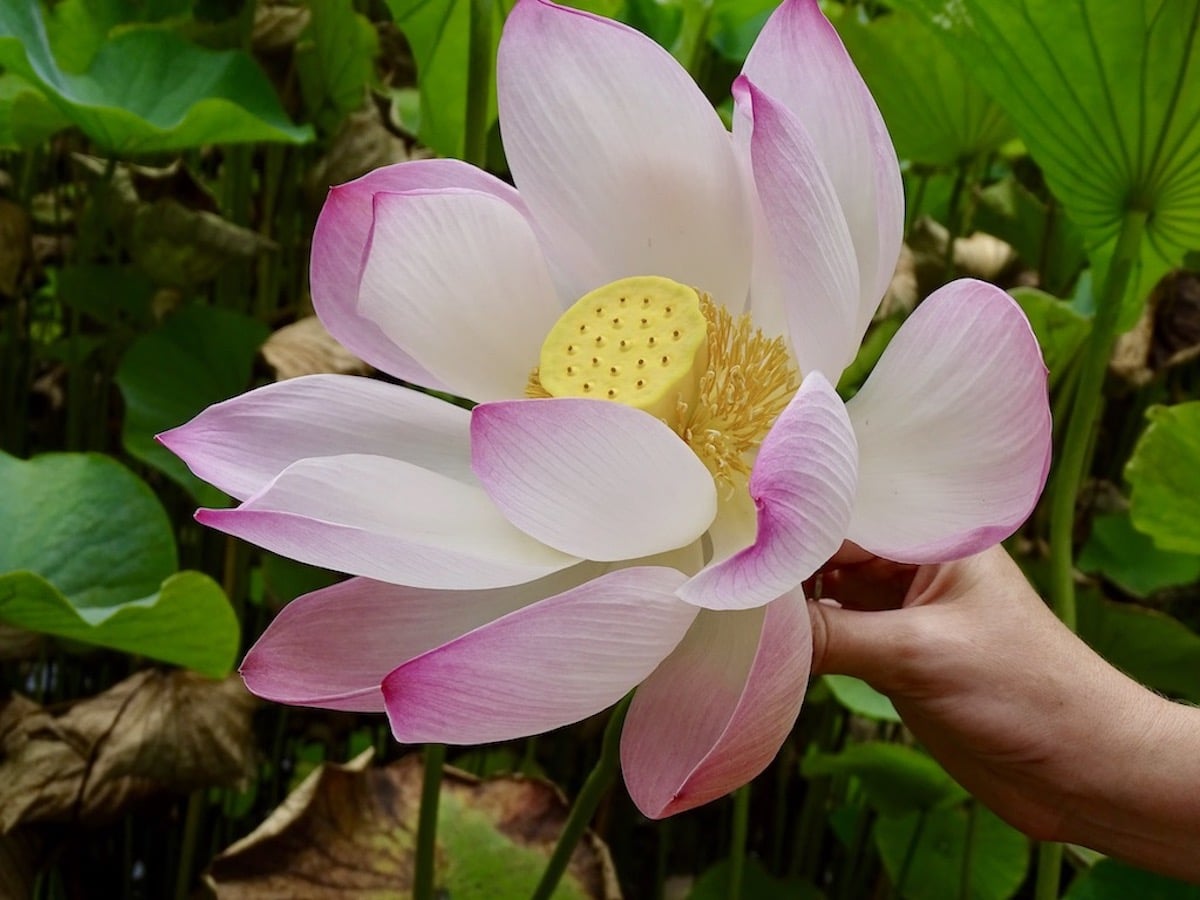 If you are a nature lover you should visit the Sir Seewoosagur Ramgoolam Botanical Garden (SSR) in Mauritius. It is also known as the Botanical Garden of Pamplemousses for the district where it is located in the north of the island. Pamplemousses means grapefruit in French. To visit it you can stay in a hotel in Port Louis, the capital of Mauritius or Grand Bay which is a nice beach area.

Both places are about 15 minutes from the botanical garden that is also close to Domaine de Labourdonnais, an old sugar plantation with a beautiful mansion.

The first in the tropics

Mahé de Labourdonnais was the first French governor of what at that time was called Isle de France and the originator of the Sir Seewoosagur Ramgoolam Botanical Garden. He bought the property on Monas Plaisir in 1736 to produce food for his house, residents of Port Louis and boats that stopped on the island. If you count from the beginning, the Botanical Garden of Pamplemousses is the oldest of all the British colonies.

Many date its origin back to 1767 when Pierre Poivre, the French Quartermaster, introduced vegetables, fruits and flowers from around the world. He created a nursery for the acclimatization of plants such as nutmeg and cloves. You can still find them in the spice corner. This was a French order to end the Dutch monopoly of spices during the reign of King Louis XV.

After leaving Poivre they assigned Nicolas Céré who made the avenues and ponds where the giant water lilies are located. After the French period, the British arrived and the garden suffered for 30 years. In 1823 the British built Le Chateau Mon Plaisir to house the garden’s mayor. It was also used as a quarantine center during a cholera epidemic. The mansion was recently restored.

It was not until 1849 that they named a new director who began to revive the Botanical Garden of Pamplemousses. He introduced a collection of palm species including the royal palm. In 1866 there was an epidemic of malaria on the island. The gardens served to reproduce eucalyptus trees that were planted to try to dry up the swamps where the mosquitoes reproduced. In 1913 the Department of Agriculture was created and since that time it has been responsible for the Sir Seewoosagur Ramgoolam Botanical Garden.

Who was Sir Seewoosagur Ramgoolam?

Sir Seewoosagur Ramgoolam was born in Mauritius in 1900. His origin is from India like many who came to the island with hopes of working and being able to get a better life. His father arrived as indentured labor, which was a little better than being a slave. If you want to learn more about this story you can visit Aapravasi Ghat in Port Louis.

In high school he had British teachers and was influenced by the culture of that country. He decided to study medicine in London and on his return he changed from being an advocate of the British Empire to fighting for the rights of workers. From 1961 to 1968 he was Chief Minister of Mauritius. Since 1959, the United Kingdom had decided that it would abandon all its colonies except for Hong Kong, Gibraltar and Malvinas. Most political parties wanted to remain integrated. Therefore, the British Conservative government asked him in 1963 to form a coalition government with all the political parties. To give him more credibility, he was knighted on the Queen’s Birthday on June 12, 1965.

On March 12, 1968 the independence of Mauritius was achieved. He was Prime Minister until 1982, when he lost the elections. Today he is considered the “Father of the Nation” and his legacy includes the creation of a free education and health system, also pensions for retirees.

Sir Seewoosagur Ramgoolam died on December 15, 1985. His funeral rites were performed in the Botanical Garden of Pamplemousses. A monument was placed in the exact place where he was cremated according to Hindu tradition. His ashes were scattered throughout the sacred river Ganges. The botanical garden of Mauritius was renamed Sir Seewoosagur Ramgoolam or SSR in 1988.

The botanical garden is open every day from 8:30 a.m. to 5:30 p.m. It is free for children under the age of five. The rate for foreigners is much higher than for locals. Upon entering you are given a map of the place that has 37 hectares. Guide service is available at an additional cost. They can explain the history of the place, important sites and know the flora and fauna.

It is recommended to spend at least two hours to be able to visit the garden well. You will walk a lot, so it is advisable to wear sneakers. Although it is hot, there are many places with shade and places to rest. It is common to see locals picnicking at the Sir Seewoosagur Ramgoolam Botanical Garden.

The aquatic plants are the most beautiful in the Sir Seewoosagur Ramgoolam Botanical Garden. The giant lilies, Victoria amazonian, native to the Amazon River are the most impressive. Their leaves (which can reach 3 meters in diameter) float on the water with flowers that are white when they open and change to pink on the second day. On the third day the flower falls to the bottom of the pond producing a capsule with 500 seeds. The record for the largest Amazon Victoria lily is held by La Rinconada in Santa Cruz, Bolivia.

Nelumbo nucifera is the sacred lotus that has white or pink flowers on thick stems that stand out in the water. They are native to India.

Nymphaea is another type of water lily that has different colored flowers. The flowers float on the water and have a good smell.

There are 650 different types of plants including the famous baobabs, which I had only seen in images of Madagascar.

One of the main attractions is the collection of palm trees with 85 different varieties.

There is a corner of animals in captivity that includes deer (introduced by the Dutch) and giant tortoises (Aldabrachelys) native to Seychelles.

Everywhere you can see beautiful colorful birds, ducks, parrots and moorland of Madagascar.

In the ponds you can see turtles and fish. Make sure to look in the trees as you can see Pteropus niger bats, also known as flying foxes, which are the only mammals endemic to Mauritius.

The Sir Seewoosagur Ramgoolam Botanical Garden is really a unique place that deserves to spend a few hours of your time enjoying and learning about the biodiversity of the Mauritius and the rest of the world. 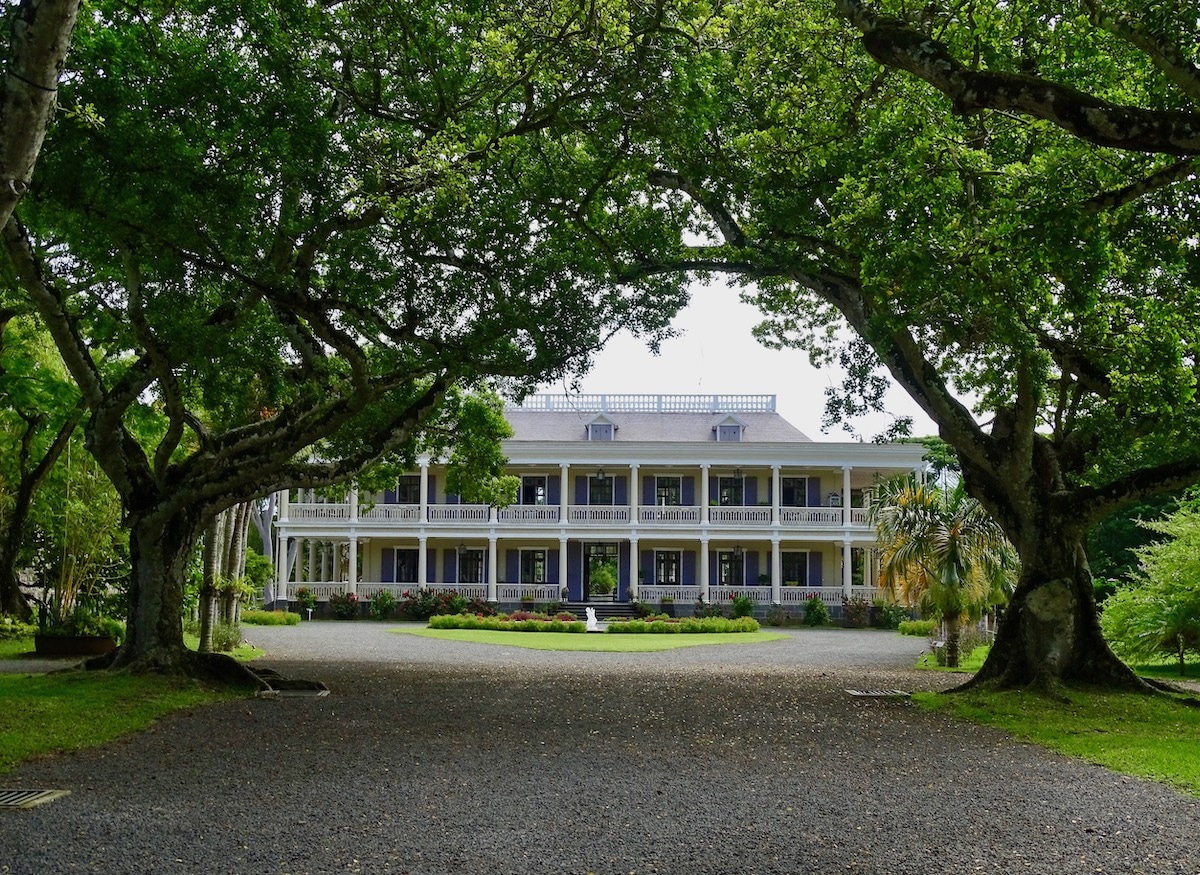 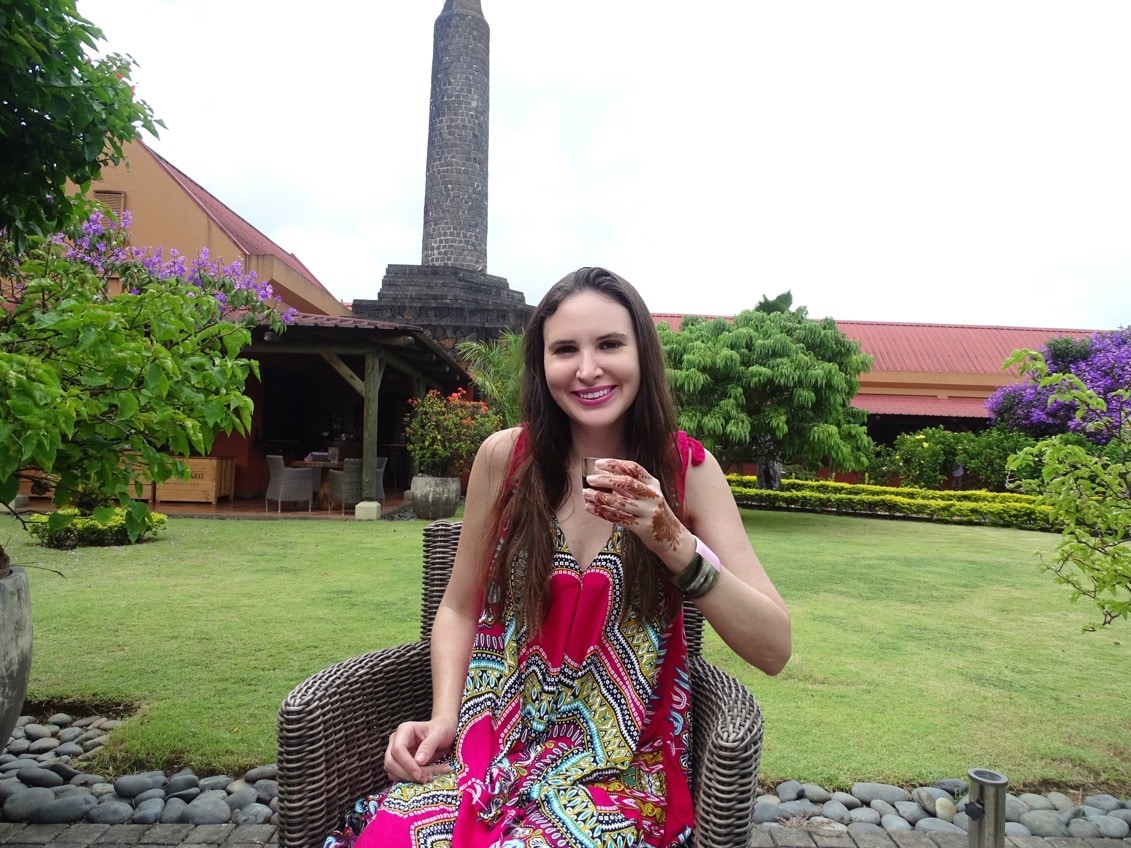