I love animals, but I prefer to see them in their natural environment. However, I spent a very pleasant day at the Smithsonian’s National Zoo. This is one of the best things you can do in Washington D.C. All attractions run by Smithsonian, including fascinating museums, are free. The federal government of United States provides 70 cents of every dollar needed by this nonprofit institution. The rest comes from private donations, memberships and sales in the places they operate.

I used to think that zoos were cruel places, but lately I think they will be the only place where species can be preserved (if they learn how to reproduce them). Unless human beings change their behavior drastically and immediately. The Smithsonian National Zoo was founded in 1889, being one of the oldest zoos in the United States. Its mission is “to provide attractive experiences with animals and create and share knowledge to save wildlife and habitats.”

1,800 animals of almost 400 species live in these habitats that were designed specifically for them. About a quarter of the animals are in danger of extinction.

Smithsonian’s National Zoo is located in the northwest part of Washington D.C. I arrived in Uber and returned using the subway, as there are two stops nearby. If you go by subway, it is recommended to get off at Cleveland Park and go back using  Woodley Park, so you walk downhill every time. A bus took me from the end of the zoo to the subway station. It can also be reached by bus using lines L1 and L2 that stop in front of the main entrance on Connecticut Avenue. There are parking lots for those who prefer to drive, but they are very limited and expensive, with a flat rate of $25.

The total area of the Smithsonian’s National Zoo is 163 acres (66 hectares) on a huge hill. Therefore, you should wear comfortable shoes since you will have to walk a lot. The zoo offers free bus service inside, which is a blessing.

Unlike the other Smithsonian museums, which open at 10 a.m., the zoo opens quite early. You can enter from 8 a.m., but exhibits open at 9 a.m. Animals are more active during the morning and in the afternoon. At noon it is common to see them sleeping, especially if it is hot. In the summer the Smithsonian’s National Zoo closes at 7 p.m., while the rest of the year at 5 p.m.

It is allowed to take food and drinks (not alcoholic) but the zoo has food trucks and food stalls. They offer vegetarian and gluten-free options. Many of the stalls are from known chains such as Ben & Jerry’s, Dippin ‘Dots, Auntie Anne’s and Sbarro. Outside of the zoo there are also many food options that are cheaper.

Before visiting you can check the events calendar that always includes fun activities. In October they do “Boo at the Zoo” where children can do trick or treat in the park. For San Valentin they do “Woo at the Zoo” which explains the rituals of dating, mating and procreation in the animal kingdom. There are many events for adults that include beers and wines, apart from a food tasting of several restaurants. “ZooLights” illuminates the zoo with beautiful lights to celebrate the holidays. This free event includes live music and delicious winter treats.

Smithsonian’s National Zoo offers several tour options. If you want to go on your own you can take a guided tour on your cell phone. They have five languages available: English, Spanish, Arabic, Japanese and Chinese. Every day they offer tours with guides that start at 9:45 a.m. in the lobby of the Visitor Center. It takes about two hours and within the tour you will have a trained guide to answer all your questions. You will learn how the zoo takes care of animals and Smithsonian’s efforts to save species. They will also take you to see some interesting animals, such as Andean bears, Asian elephants and Aldabra turtles, native to Seychelles.

They have river otters, gray seals, harbor seals, bald eagles, gray wolves, brown pelicans and beavers. All these animals are native to the United States and Canada. A few years ago they were in danger, but they have grown in population thanks to conservation efforts.

The seals live in huge pools with machines that keep the water moving like the ocean’s shores. Two gray wolves live in a forest environment typical of North America, while beavers receive cuttings of fresh trees to eat and organize.

The Asian area was the first exhibition I visited at the Smithsonian National Zoo. In this place you will find the most famous residents, the giant pandas: Tian Tian (adult male), Mei Xiang (adult female) and a male cub named Bei Bei. Since 1972, Smithsonian has been studying the biology, behavior, reproduction, habitats and diseases of these animals. They have cameras to see pandas and other animals.

Other animals that live in this exhibition are Asian otters with small claws, cloudy leopards, fishing cats and sloth bears.

I spent most of my time watching the beautiful red pandas. They are quite fast and it was difficult to photograph them, since their home was large and they hid in a cave.

The elephant exhibit is huge. It can be seen from a bridge on the outside and another indoor area. If you want a VIP experience you can book a tour with the elephants at an additional cost. They currently have seven elephants, a male with his six female harem. However, the exhibition has the capacity to have between eight and ten elephants with their young. Elephants are very intelligent, so the zoo must offer them activities to keep them entertained.

Cats are another popular exhibit. You can see some of the best predators on the planet, including African lions and Sumatran tigers. In total, they have three outdoor habitats with a pool to bathe if the weather is hot. Caregivers make sure that lion and tiger cubs know how to swim by doing swimming trials.

More than 35 species live in the small mammal house. This was one of my favorite exhibits, since the animals were very exotic and beautiful. Sand cats are impressive, withstanding temperatures that can reach 124 degrees Fahrenheit (51 degrees C) during the day, and then go down to 31 degrees Fahrenheit (-0.5 degrees C) at night.

The golden lion tamarin is in danger of extinction. He mainly lives in southeastern Brazil in tropical forests. Its fur resembles the red panda in color. Another beautiful animal is the red ruffed lemur that is native to Madagascar and is in critical danger of extinction. They are half lazy, opening their beautiful clear eyes to look at you asking why you are waking them up. Degu are rodents of the Andes, native of Chile. Their mischievous gaze suggests that they are up to something.

If you like reptiles and amphibians, then you will love the Reptile Discovery Center of Smithsonian’s National Zoo. They have more than 70 species, including the famous golden frog from Panama that can be seen in the El Nispero Zoo in El Valle de Anton. This frog is critically endangered because of a fungus and urbanization of its habitat. Smithsonian has made great efforts in research and reproduction.

Emperor Triton is a beautiful highly toxic salamander that lives in China. Its vibrant red color contrasts when it swims in the water, even though it mainly lives on earth.

The meller chameleon was another of my favorites. It has a horn and its skin varies between shades of green and yellow. They have many species of iguanas and lizards.

They have many varieties of crocodiles and snakes. The poisonous viper of gaboon has the longest teeth of any snake, measuring up to 2 inches. They also have a green anaconda that is one of the largest snakes in the world, capable of eating a jaguar.

Children will enjoy the Farm for Children, which is a petting zoo. They can interact with cows, alpacas, pigs, donkeys, goats, chickens and fish. The Smithsonian National Zoo is home to more than a dozen species of primates. The homes of orangutans, gorillas and monkeys have glass so visitors can see them up close. They also have an island with different species of lemurs.

The Cheetah Conservation Station has zebras, pigs from the Red River, Sitatunga and Abyssinian Kalaos. Some animals are mixed as they would be in their natural habitats, allowing scientists to get better information about their behavior. Here are some of the most endangered species in the world, including Lady Gazelles and Scimitar-horned Oryx.

Amazonia focuses on the animals that live in the Amazon River: the largest river basin in the world. They have an amphibian exhibit on alert and a coral lab. They also have a demonstration of electric fish with a 5-foot-long electric eel capable of generating up to 800 volts of electricity. Two American bison named Wilma and Zora arrived at Smithsonian’s National Zoo in 2014 to celebrate their 125th anniversary. In 2021, they will open an aviary in an old aviary dating back to 1928. It will have more than 100 species of birds, focusing on migrations.

In 1975, the Smithsonian Institute for the Conservation of Biology was established. They have 3200 acres (1,295 hectares) of land in a rural area of Virginia called Front Royal. Here they breed rare species, such as Mongolian wild horses, oryx with scimitar horns, maned wolves, cranes and others. They usually have between 30 and 40 endangered species. The focus is on reproductive physiology, analysis of habitat and species relationships, genetics, breeding and training of conservation scientists.

The Smithsonian Institute of Biology Conservation cannot be visited, but you can go to Smithsonian’s National Zoo during your visit to Washington D.C. If you are a nature lover you should also include a visit to the United States Botanic Garden. 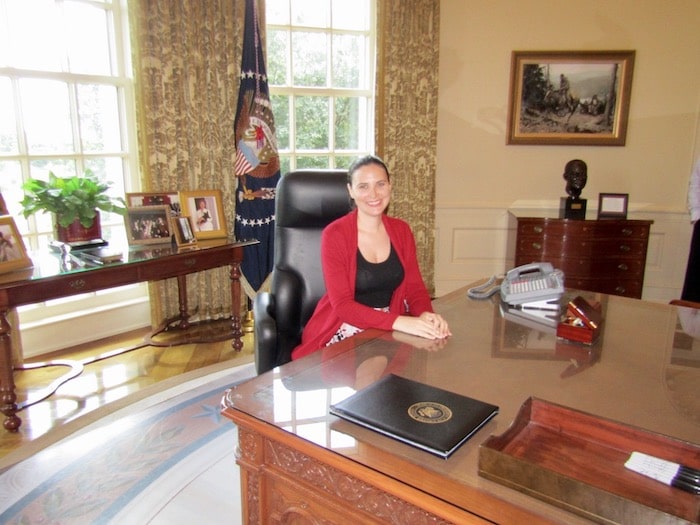 Ursula February 19, 2020 No Comments
Table Of ContentsGeorge W Bush Presidential CenterMuseum HistoryConstructionWhite HouseWhat to see I spent a few days between Dallas and Fort Worth (to visit Fort Worth Stockyards), …
Read More 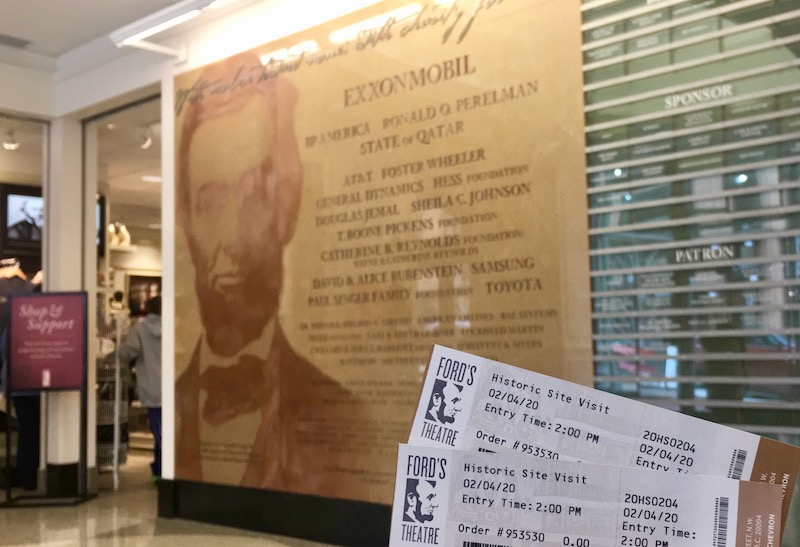 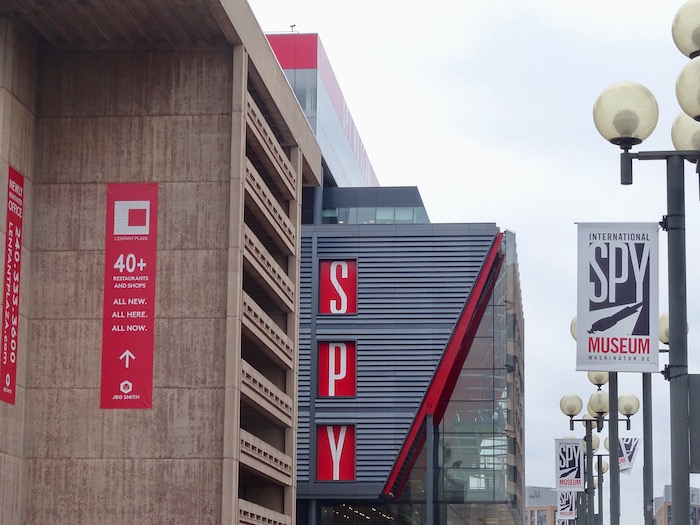 Ursula January 30, 2020 No Comments
Table Of ContentsSpy MuseumStealing SecretsHow do you spy?An uncertain world Spy Museum is one of the few museums in Washington D.C. that is not free. The …
Read More 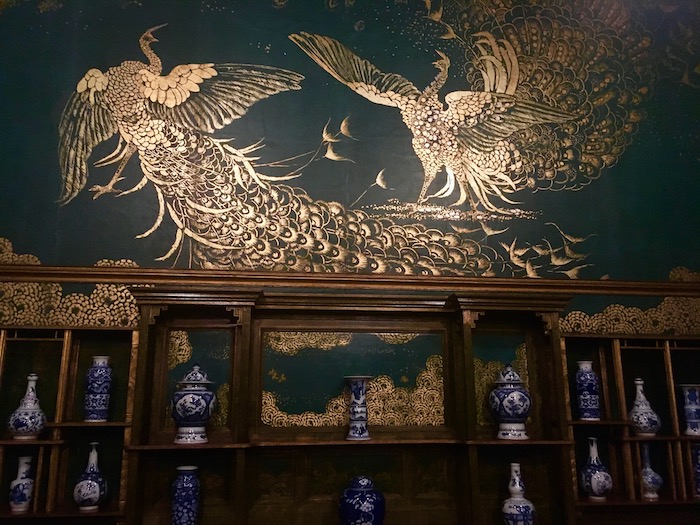 Ursula January 27, 2020 No Comments
Table Of ContentsThe Peacock RoomFreer Art GalleryGift to SmithsonianArthur M. Sackler GalleryControversy In the National Mall you will find the Freer and Sackler Galleries that are …
Read More 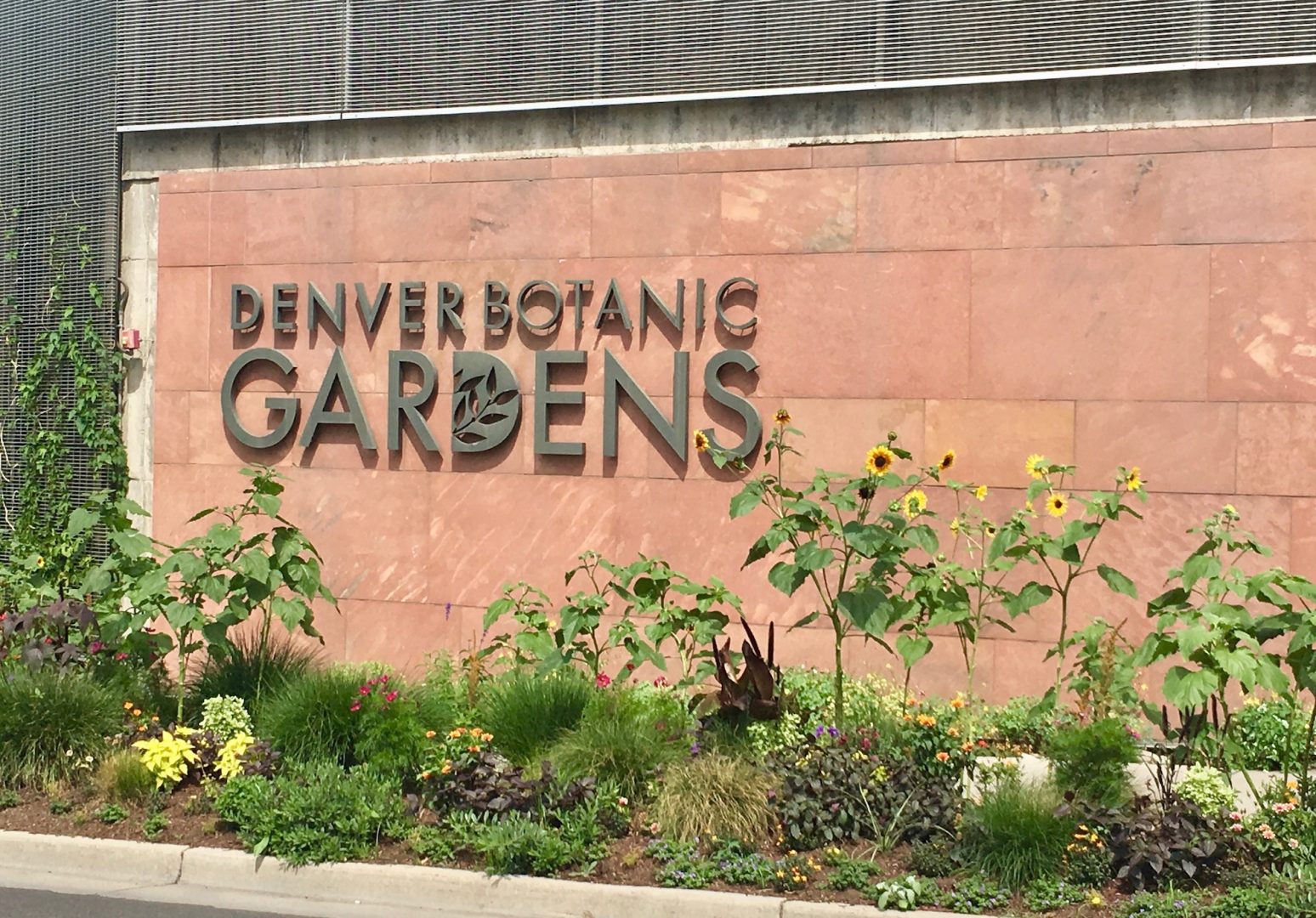