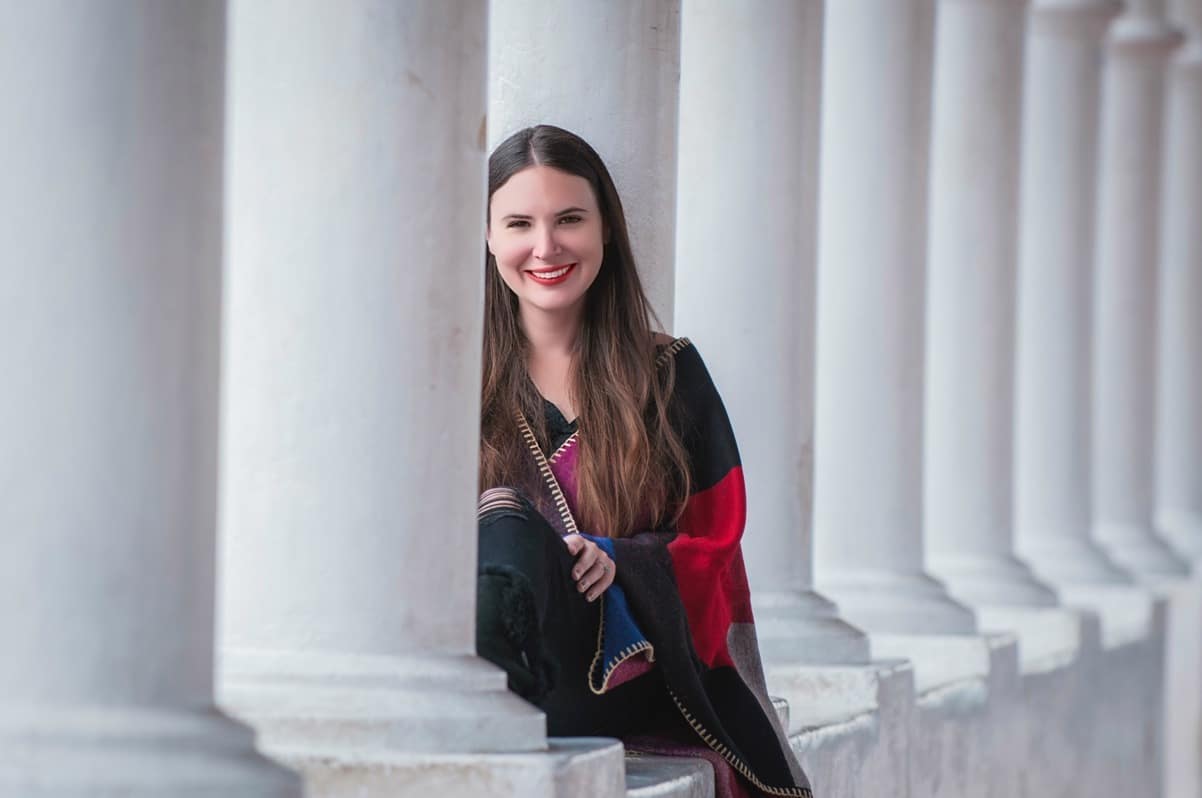 Sucre is one of the two capitals of Bolivia, which one of the only countries in the world with two capitals. The other capital is La Paz, which is 3,640 meters high, while Sucre is 2,790 meters, which allows you to breathe better. Without a doubt, Sucre is much prettier than La Paz. It is probably the most picturesque city I visited in Bolivia, followed by the town of Samaipata.

This colonial city has four names, Sucre, La Plata, Charcas and White City. The most representative name is the White City for the number of colonial buildings of the 18th and 19th century that are painted white. My recommendation is to walk the streets without a map to get to know this small and picturesque city.

On November 30, 1538, Sucre was founded with the name ‘Ciudad de la Plata de la Nueva Toledo’. Formerly, it was an indigenous town called Charcas and Chuquisaca (seat of Charcas). In 1559, King Felipe II of Spain established the ‘Audiencia de Charcas’ which was a subdivision of the Viceroyalty of Peru. From this place, judicial and military decisions were made of what is now northern Chile, Argentina, Paraguay, southeastern Peru and most of Bolivia. In 1609 the archdiocese was established and it still remains as the seat of the Roman Catholic Church in Bolivia. Also in 1609 the University of Chuquisaca was founded, which is one of the oldest universities in the new world.

In 1809, the movement of independence of Bolivia rang the bell of the Basilica of San Francisco until it broke. It is still in place. Although it was the first colony to give its “Cry of Independence” it was the last to get it in 1825. This place was proclaimed provisional capital of Alto Peru that later changed its name to Bolivia in honor of the liberator, Simon Bolivar. In 1839, the President of Bolivia officially declared it the capital and changed its name to Sucre in honor of the revolutionary leader, Antonio José de Sucre.

Potosi, a mining city famous for its silver mines, had an economic downturn and a decision was made to move the capital to La Paz in 1898. This caused a civil war in Bolivia, so they decided to have two capitals. The legislative and administrative capital is La Paz. Sucre is the constitutional capital and is home to the Supreme Court.

UNESCO designated the city of Sucre as a World Heritage Site in 1991.

What to do in Sucre?

Monday, as went unfortunately, there are many attractions closed. Therefore, it is advisable to go another day of the week. We arrived on a bus from Uyuni at dawn.

From La Recoleta you can see the best view of Sucre. It is possible to walk from the town but since it is located in the mountain of Churuquella you will have to go up Calle Dalence on a steep road. If you do not want to walk you can take a taxi which are very cheap. You will reach Plaza de Anzurez, which has a corridor at the end with arches that overlook the city.

Below this is Cafe Gourmet Mirador that offers coffee, food and drinks.

On the other side of the square is the Monastery of La Recoleta, which was founded by the Franciscans in 1601 and is now a museum. In addition there are several shops and stalls that sell souvenirs. In the afternoons the square is full of life and it is common to see children playing or musicians playing.

My favorite place in Sucre was the central market. It is a very economical place where you can get flowers, fruits, vegetables, meats, breads and others. One of the stalls that I liked most was a lady who made drinks to treat any problem you had. You tell her what problem is and she will make you a natural potion.

They also sell many herbs. We were sick to our stomach after spending three precarious days in Uyuni and the province of Potosi. So we bought some herbs that were prepared in our hotel in Sucre which were very effective.

At the top they sell food but we were not hungry and we did not know how hygiene was, so we decided not to try our luck. What we did buy was fruits like peach, cape gooseberries, strawberries and cherries.

The heart of Sucre is 25 de Mayo Square, since it is located in the center of the city and houses two of the most important buildings, the Metropolitan Cathedral and the House of Liberty. In the center of the square there is a statue of Antonio Jose de Sucre who liberated the country and was its first president.

The square is clean and is an ideal place to hang out. You will see many people begging, including children who make works of art with chalk to ask for tips. We also saw a protest. There are banks, restaurants and shops in the square and its surroundings. We went to a naturist pharmacy in the plaza that sold very good products.

Sucre is a city full of museums. However, as we almost had no Bolivians and it was Monday, so we only went to the Military Historical Museum of the Nation.

This museum is a collection of Bolivian military relics, including uniforms, weapons, models and even an airplane.

Other museums that you can visit in 25 de Mayo Square are Casa de la Libertad, where you can find the declaration of independence and the Ecclesiastical Museum, in the Metropolitan Cathedral, which contains religious sculptures, paintings and artifacts. If you are interested in the arts you can go National Museum of Ethnography and Folklore, Museum of Indigenous Art (ASUR), Gutierrez Museum and Museum of Masks.

We could not go to the Cretaceous Park since we only spent one day in Sucre and it was closed that day. Sucre has one of the largest collections of dinosaur footprints. The cliff Cal Orck’o is located 5 kilometers from the city. What used to be a cement factory is now a tourist attraction. They have more than 5,000 dinosaur footprints that lived 68 million years ago during the Late Maastrichtian phase of the Late Cretaceous of the Mesozoic Era. These dinosaurs came from Argentina to Sucre.

This park is in the process of becoming a UNESCO World Heritage site. In addition to the footprints, you can see life-size sculptures of dinosaurs. The best hours to visit are from noon to 2 p.m.

Obviously I do not need Spanish classes since it is my mother tongue, but many people travel to Sucre to take Spanish classes. There are about 6 schools that teach at minimum costs, I think it is one the cheapest places in Latin America to learn. Also, since locals do not speak English, it’s a good place to practice.

We stayed at El Hotel de Su Merced in Sucre. This beautiful colonial hotel has 23 rooms with own style in a family house of the eighteenth century. It has gone through five generations and they have kept all the antiquities of the era. In the upper part there is a terrace where you can appreciate a panoramic view of the city. Lodging includes a delicious breakfast buffet with natural products. My favorite dish at breakfast was the leek quiche. 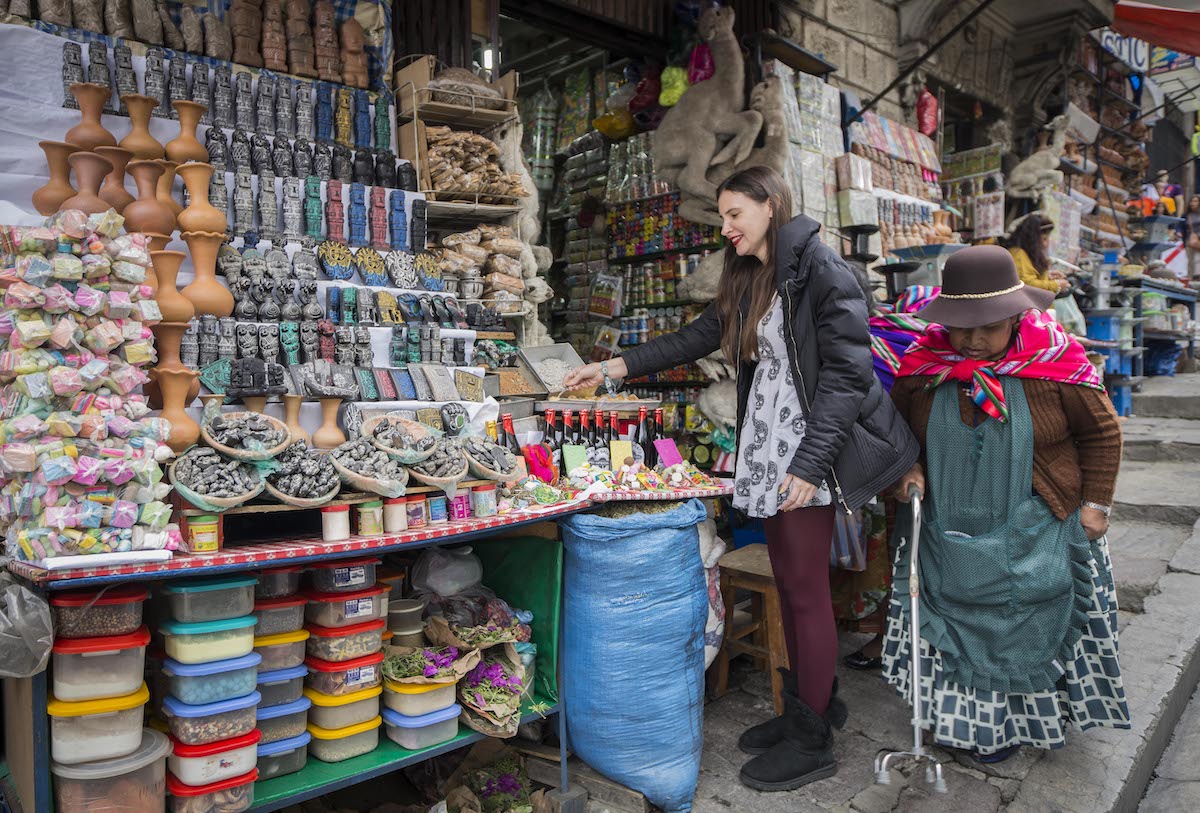 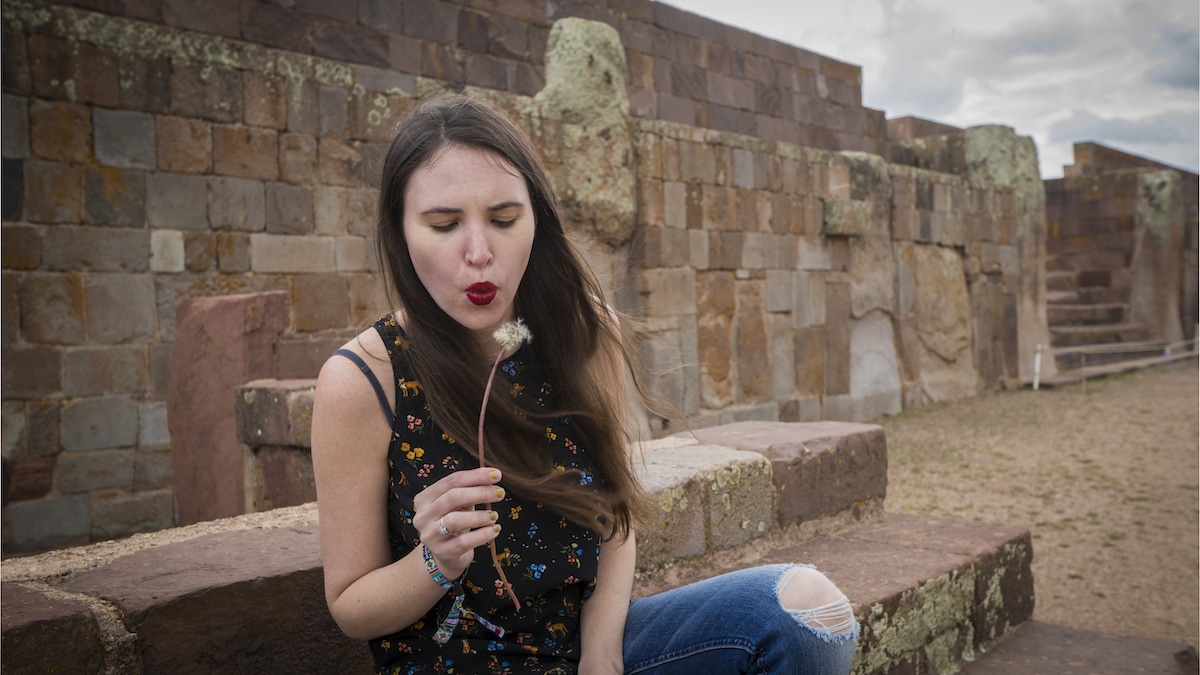