If you say that you are going to visit Bolivia you will probably have the same reaction I had, people looking at you weird and asking “why do you want to go?” It is a country with little tourist promotion but it has so much to offer. In recent years, only one place has been put on the international map thanks to documentaries and Instagram. That place is the Salar de Uyuni.

The Salar de Uyuni is the largest in the world with 4,086 square miles (10,582 square kilometers). It is located in the province of Daniel Campos in Potosí in southern Bolivia, relatively close to Chile. Most tourists who visit this place combine it with the Atacama Desert in Chile. Or come from the city of La Paz. There are airplanes, but few opt for this option since tourism is still for backpackers who prefer to save traveling by 10 hours on night buses. The only ones who were on our flight were the Asian tourists.

The town of Uyuni

We arrived at night at a small airport located minutes from the town of Uyuni. We took a taxi to our hotel previously called Casa Andina (currently Hotel Casa de Sal). They had to change their name since they were called the same as a Peruvian hotel chain. This hotel in Uyuni is one of the famous hotels made of salt that are particular to the area. We asked for recommendations for dinner and the hotel sent us to Lliphi, a very cheap restaurant, where we ate cochineal tacos. Another good option to eat is Minuteman Pizza.

You must bring cash if you travel to Bolivia. The country is not ready for tourism yet and very few places accept credit card. In big cities like Santa Cruz and La Paz it is easy to change money, but in the towns you have to have new bills because they reject them for any reason.

The altitude of Uyuni is 3,700 meters which is similar to the 3,640 meters of La Paz where we were before. To adapt to the altitude you have to have patience. The first day it is not advisable to eat a lot, drink alcohol or do activities that require a lot of physical activity. Coca tea helped us and some pills called “Sorojchi Pill” that remove the horrible headache caused by pressure.

Uyuni is a pretty ugly and poor town. It disappoints as a tourist site but it seems as if the money generated from tourism is not used by the mayor. There is only one nice street with a clock monument that is illuminated at night.

Cemetery of Trains and Colchani

When leaving the town of Uyuni you will go through the Cemetery or Railway Museum. A place for photographers to take pleasure looking for angles between old American and French trains. These trains from 1880 operated on steam with water and coal. The first train line in Bolivia was built in 1899. It linked Huanchaca, where the silver mines were, with Antofagasta, nowadays in Chile. The trains died 60 years ago. At night, locals stole the parts that worked and nowadays only the skeletons remain.

President Aniceto Arce was the proponent of the project since his government plan included territorial linkage. He started as a politician and then a miner becoming the first millionaire of Bolivia. Uyuni as such did not exist. In the area there was only one family with surname Uyuli. On July 11, 1889, Aniceto officially founds the city, changing the name to Uyuni, which means the Beloved Daughter of Bolivia.

Colchani is a town located just before entering the Salar de Uyuni. Its main source of income is the production of salt that is very cheap: 50 kilos costs 15 bolivianos ($2.40). They have stalls where they sell handicrafts such as salt with flavors and ashtrays made of compacted salt. You can buy clothes, food, drinks or visit a small free museum with salt sculptures.

How to choose a tour?

The most basic option is the day tours that range from four hours to full day. They also offer the option of seeing the stars at night or sunrise if you go in the rainy season.

The best option was the two-night / three days tour since it was more complete. It is not advisable to go on your own. I rented a car in the Atacama Desert in Chile and doive on the roads that were well marked. This place is so extreme that they did the Dakar Rally for several years.

In this part of Bolivia there are no roads, signs and little telephone signal (only Entel works and I had Tigo). Driving through these extreme places is exposing oneself to death. The tours are so cheap that it is not worth it to think about it and they have guides who know the area well.

Another detail that you should consider is the time of year to visit. I went in January which is the rainy season that gives the effect of reflection on the salt. Also the temperature is warm. Our guide told us that the best months were March and April. If you go from June to August it is winter and the temperatures can go down to -25 in the Laguna Colorada. Even when I went there was snow on the mountain peaks and quite cold areas, so I do not want to imagine the winter.

100 million years ago, the Salar de Uyuni was part of the sea. In the world, tectonic plates collided. The plates of Nazca and South America collided forming the mountain range of the Andes that is the backbone of South America.

Before being the Salar de Uyuni, there was a lake called Minchin. It was huge, with more than 200 kilometers (120 miles) from east to west and 400 kilometers (250 miles) from north to south. 45,000 years ago the lake began to evaporate and the salar was born. It is 140 meters (460 feet) deep in the center which is its deepest part. You can still find water down there. It has 11 layers of different sizes.

Many types of minerals are found, including between 50-70% of the world’s lithium reserves. According to the guide in 2020 they will start exporting it. In addition, when the lake dried up it left several islands that were the tops of ancient submerged volcanoes. We visit an island called Incahuasi that is covered by huge cacti that contrast with the salt flats.

Originally they allowed hotels within the Salar de Uyuni but they were polluting so they moved them to the entrance. When you visit, it is important to bring sunscreen, light clothing and a hat because the sun is intense because of the reflection of the salt.

If you do the three-day tour you will pass the first one in the Salar de Uyuni. At night you will sleep in a fairly basic hostel with shared bathrooms. The second day you will visit Cañapa, Hedionda, Chiarcota and Honda lagoons.

In these lagoons live three types of flamingos: Chilean, James and Andean.

You will then enter the Eduardo Abaroa National Reserve, passing through the Siloli desert where you will find the famous stone tree made of petrified lava. Its formation is due to the erosion caused by rain and the breeze. We did not last long on site because of bad weather.

The Laguna Colorada gets its reddish color from the algae and plankton that grow so well from deposits of sodium, magnesium, borax and gypsum in the water. In this part of the route you have already climbed to 4,278 meters.

The last stop of the day is the highest one, Morning Sun (Sol de Mañana) Geyser, at 4,850 meters. Vladimir, our guide, did a great trick where he used a bottle of Coca Cola floating above a fumarole.

Having visited Geyser del Tatio in Atacama I thought it would be similar but they are totally different. Those in Atacama have to be visited at dawn to see the jets of water. These can be visited at any time of the day. They had small wells filled with what looked like boiling clay (but it’s actually lava) that contrasts with the colors of the desert.

When you visit the geysers you have to be very careful not to get too close. In both I heard stories of people who lost their lives by being careless.

Finally we arrived at our hostel at night. It was located next to some hot springs next to a lagoon with flamingoes. This hostel was even more rustic than the first night, without showers, or light, since the generator only worked 25 minutes. You have to share a room with the people from your car so I hope you have a good group like ours with three Germans and a boy from Hong Kong.

The next morning you start a long journey back to Uyuni. In three days we traveled 1,000 kilometers. To make the trip a little more pleasant you will stop at the desert of Salvador Dalí and Laguna Verde heading to the border with Chile where the group is divided. Many continue their journey to Atacama, which is an hour away by bus. If not you must spend all day in the car back to Uyuni.

We stopped in a Rock Valley where there were petrified formations and then in the Catal canyon which is very green because of its rivers that serve to raise llamas.

When we finally reached Uyuni we were dead. The route is beautiful but it is an all-terrain trip. 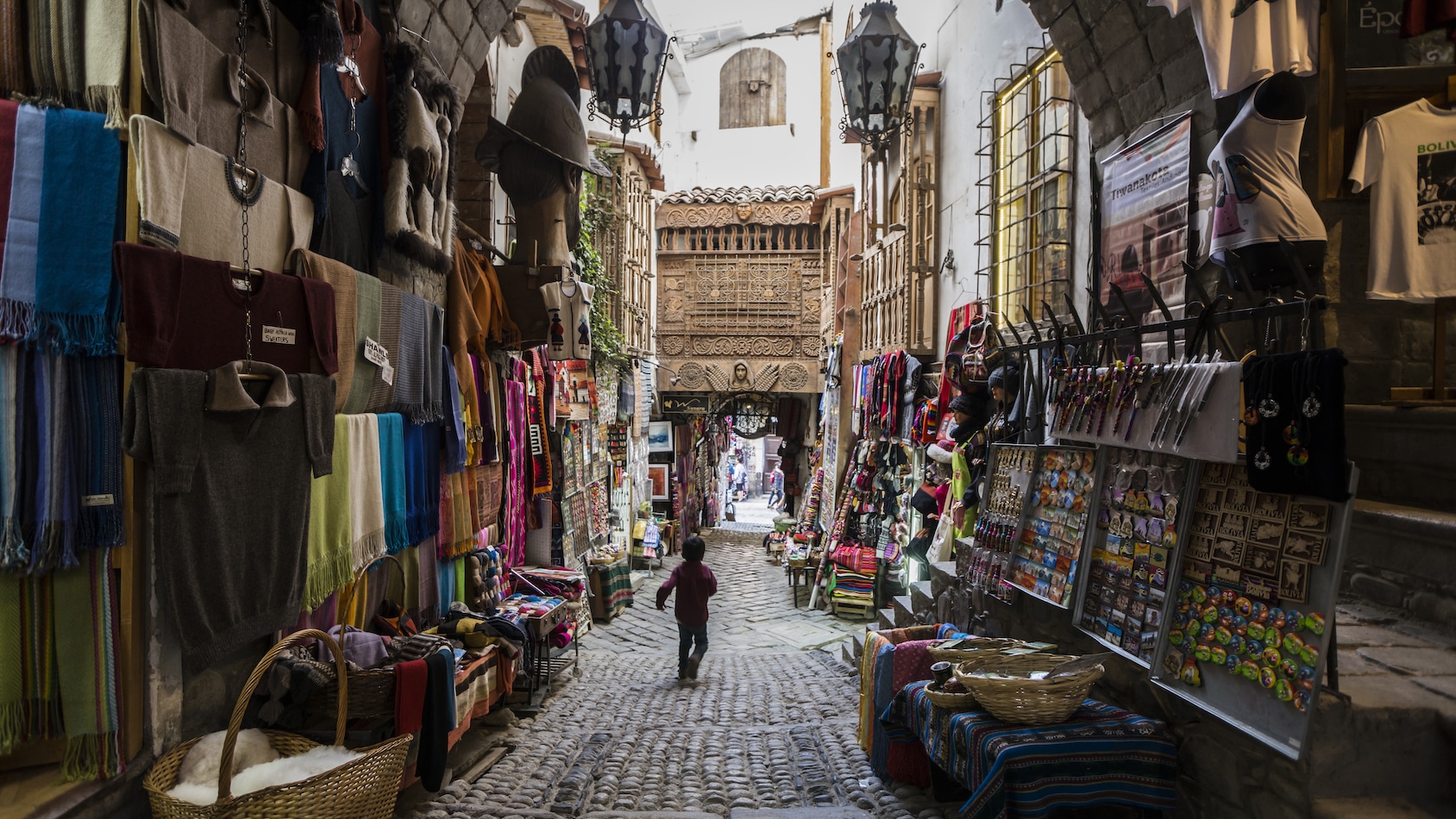 What to do in La Paz, Bolivia? 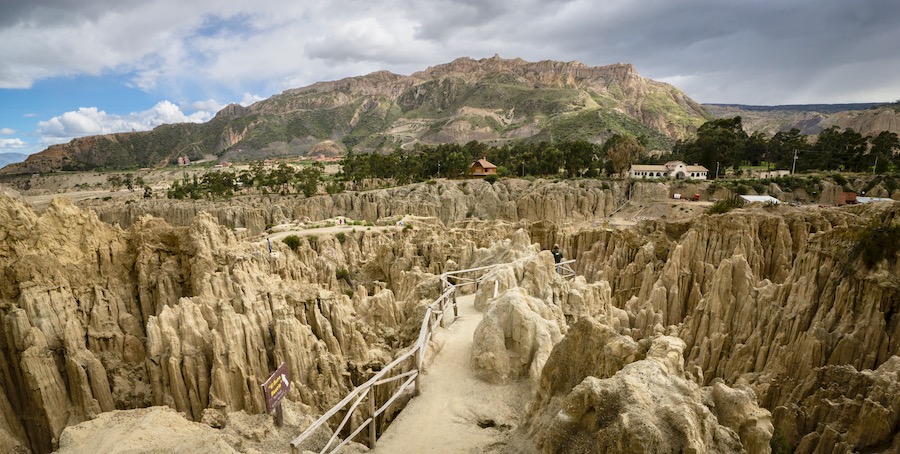