Vallée de Mai could be the Garden of Eden

The Seychelles archipelago has 115 islands but only three are inhabited and somewhat developed. The capital is located in Mahé, which is the largest island, followed by Praslin. On this island is Vallée de Mai a national park of 19.5 hectares that has remained mostly unchanged since prehistoric times.

In 1881 British General Charles “Chinese” Gordon declared that the island of Praslin was the Garden of Eden. He made maps showing how the archipelago of Seychelles, which is in the Indian Ocean, could conform the geography described in the Bible. What is certain is that Seychelles was part of the ancient subcontinent of Gondwana that was divided into small parts.

The Vallée de Mai Nature Reserve was declared a World Heritage Site by UNESCO in 1983.

There was no human contact with the reserve until the 1930s. Since 1966, the park was placed under the protection of the government of Seychelles.

When you buy your ticket you receive a map of the reserve. There are three trails that are between 1 and 2 kilometers long. All are clearly marked and are quite easy. The opening hours are from 8:30 a.m. at 4:30 p.m. but they let you stay inside until 5 p.m. There are free guided tours at 9 a.m. and 2 p.m. It is also possible to hire a guide to give you a private tour that lasts between 1½ to two hours. There is so much to see that it’s worth going with an expert.

Tourism represents an important source of income for the conservation and management of the reserve.

1,400 coco de mer palms are found in Vallée de Mai. The oldest is 300 years old and 27 meters high, with a perfectly straight trunk. In addition you will find all the other five palm trees endemic to Seychelles. Only on this granitic island can the six species be seen together.

In total there are 50 endemic plants and trees in the reserve. Walking on the trails is a beautiful experience for nature lovers. Some 5,000 palm trees with shades of green, red and chocolate surround the visitors.

The main challenges for preservation are fires, parasites and deforestation. The property of Vallée de Mai is part of the Praslin National Park that has 300 hectares, which makes it an area large enough to preserve the functioning of the ecosystem. They have made an effort to eliminate all the plants introduced to the area but there are still some left like coffee, pineapple and decorative palms.

Vallée de Mai has a unique biodiversity including species of mammals, crustaceans, snails and reptiles. This is the home of one of the two populations of the giant bronze gecko, and 14 species of endemic reptiles and amphibians. Other species supported by palm habitat are three endemic species of bronze gecko, tiger chameleons, day geckos, cecilians, arboreal frogs, freshwater fish and many invertebrates.

Bird watchers will be happy in Vallée de Mai. With luck you will see a black parakeet that is in danger of extinction. Only between 520 to 900 remain free. In addition, you can see the endemic bulbul of Seychelles, the lovely blue dove and the Seychelles warbler.

General Gordon found a species of trees that only grows in Seychelles and he thought was the Tree of Knowledge because of its suggestive form. The seed seems the tempting feminine part. On the one side it looks like a buttock and the other side a vagina, including hair where it should be. Unlike the coconut palm, the coco de mer has separate female and male parts. For this reason they are considered a powerful aphrodisiac.

The seed of coco de mer is the largest in the world. Each weighs the same as three bowling balls. But you will not have the opportunity to carry them in this state since the few that you are going to see are already clean. The sellers cut them in half and reattach the shell.

Very few stores are licensed to sell them. If you decide to buy one you can expect to pay between $250-600. You must make sure that they give you a certificate of authenticity since there are imitations. They must also give you an exit permit from Seychelles, otherwise you can be arrested.

Coco de mer only grows endemically in two of the islands, Praslin and Curieuse. In 1743 they found where they grew as before there were only legends of seeds that reached the Maldives. Its name originates from French and means “coconut of the sea”. The rest of the coconuts float and reproduce on other islands, but its weight does not allow the coco de mer to float. They fall to the bottom of the sea and after some time, the shell falls, the inside decomposes and the gases cause it to rise and float. But for that point the coconut is no longer fertile and that is why it does not grow in other places.

When the fruit is harvested early, while the seed is forming, you find a milky jelly that tastes like a sweet and citrus coconut. Very few people have tried this since the trees are in danger of extinction. If you are lucky enough to have a coconut palm of mer in your land you can eat the seeds, exchange them or give them away, but you can not sell them.

Visit the Vallée de Mai Nature Reserve in Praslin to see a unique ecosystem from an ancient world. 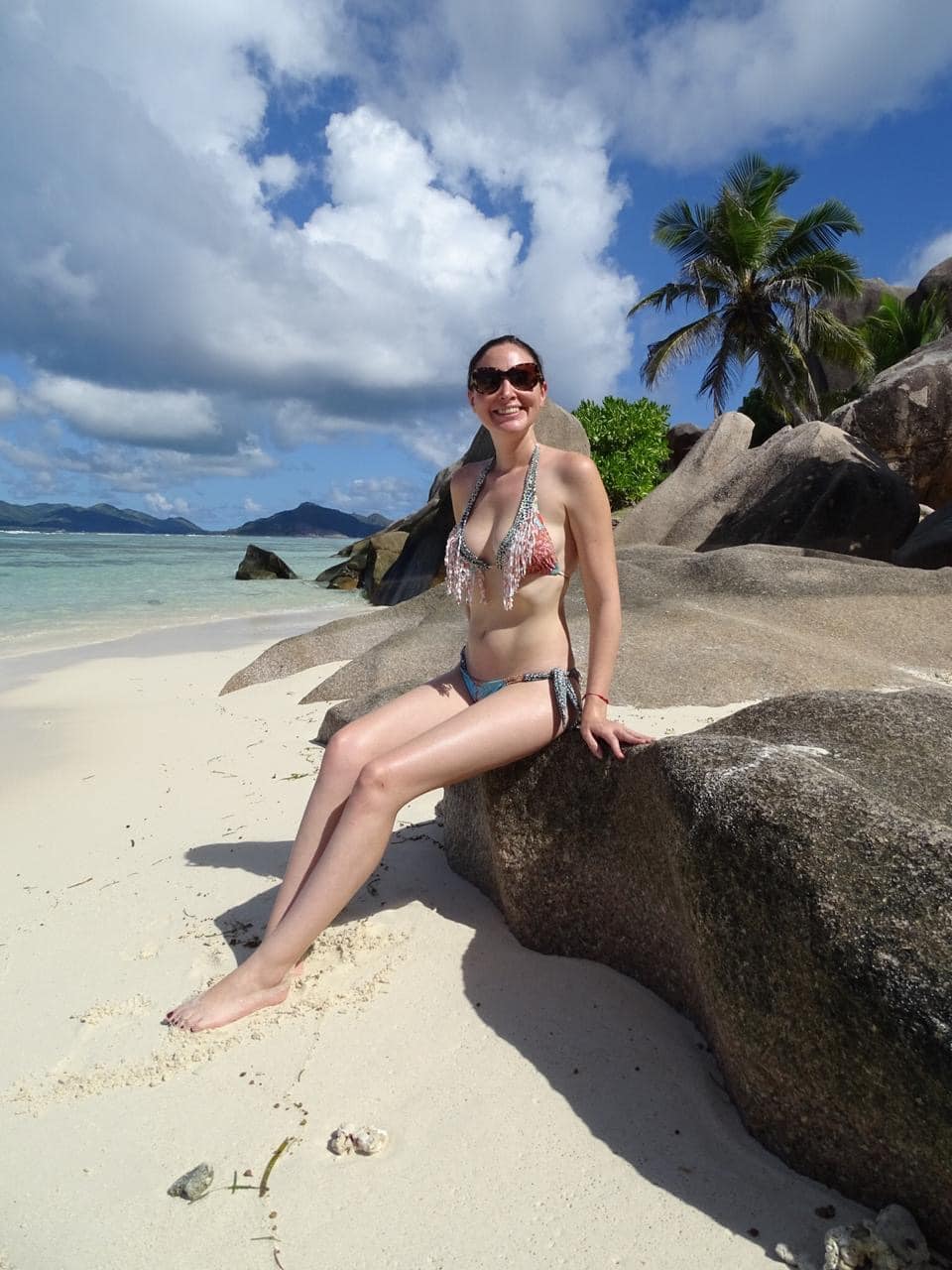 Anse Source D’Argent, the Most Beautiful Beach in Seychelles